Greetings! Railgunfan75 here to talk about another of this season’s new anime. This time I would like to discuss another series which has fallen a bit beneath the radar.This series is New Game!

Having been a strong fan of a particular video game when she was younger, Aoba Suzukaze, a high school graduate, begins working as a character designer at the game’s developer, Eagle Jump. As she works on modelling and designing characters for games in development, she becomes acquainted with her fellow co-workers in the character design department, as well as those from across the company.

If you are looking for a true to life, serious show about the ins and out of game development, look elsewhere. You do get glimpses of how some of things would work during development. For the most part though you get the day to day hijinks of the characters. Many of these events you can relate to if you have ever worked with people. Office parties, thermostat battles, and being late for work are some of things that are all addressed in a hilarious fashion. There is nothing fancy with the plot lines here, but they don’t need to be if they are done well or just fun to watch. These episodes certainly have been fun to watch. 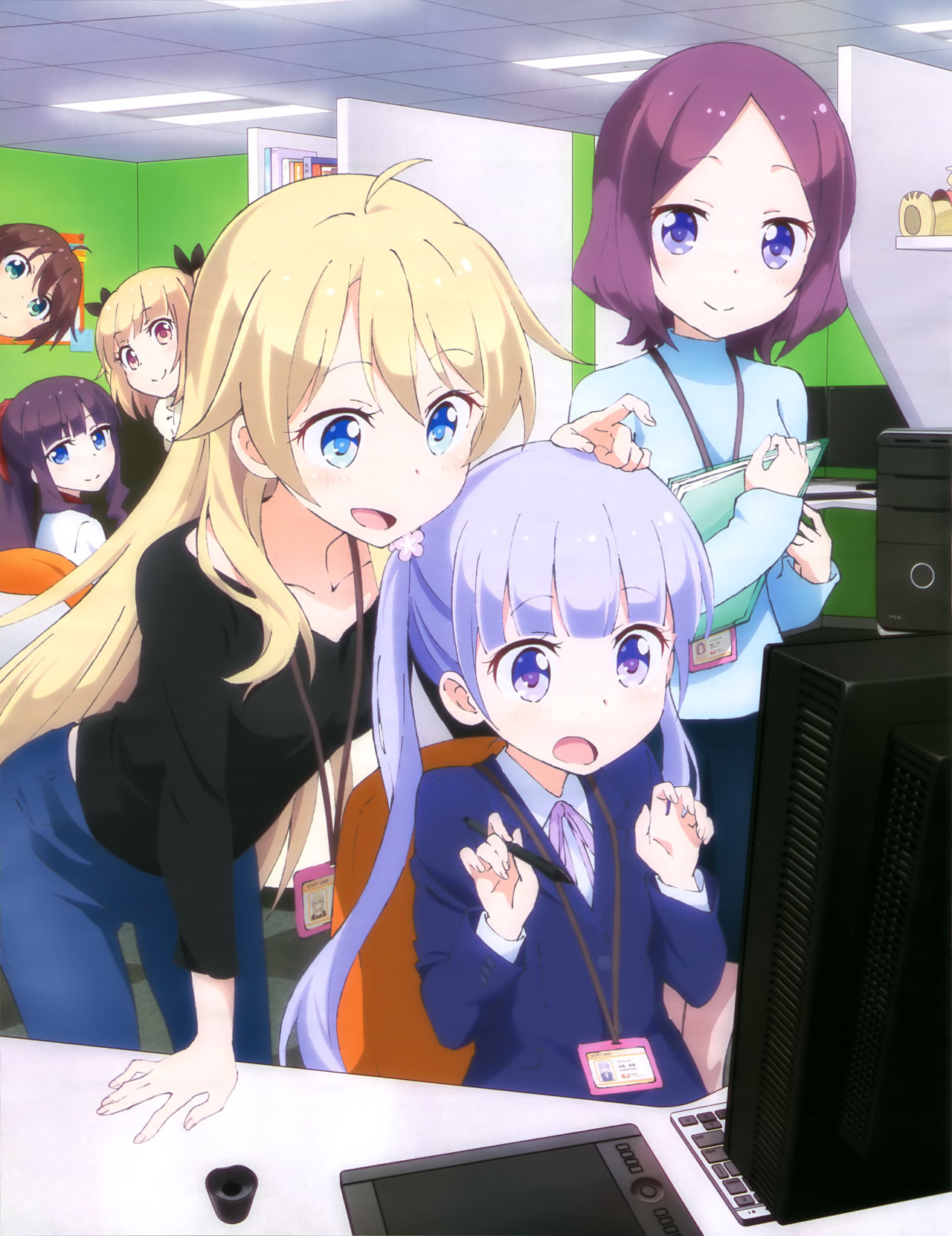 The characters are a clear highlight of this series.Each character has their quirks (which are all hilarious) and it is these quirks which adds wonderfully to the comedy and charm of the series. Some of these quirks are a bit stereotypical but they are executed so well that this problem is really easy to ignore. What is really cool about this series is that the characters have a wonderful chemistry with each other.These characters are vastly different from each other yet they just act like pieces to a larger puzzle and as a cast of characters they just mesh together like a good team would. Each character has their own charms but I would be lying if I didn’t say I didn’t have my favorites. In my opinion Ko and Hifumi are the best characters of the series. Ko is just not what you would expect from a team leader and Hifumi’s shyness is just adorable.

In terms of the animation and music, both are great as well. The opening and closing theme songs are both very upbeat and energetic. I have found myself humming along to both of the songs. The animation looks sharp and clean as well. I have to say that I am really a fan of the character design for this show. Yes it is something that we have seen before but the character designs really help with the atmosphere of the show in my opinion. The designs really help the emphasize the characters personalities. Also props need to go out to the animators on the characters facial expressions as well. In many scenes the expressions are just pure comedic gold.

So should you watch New Game? The answer is yes. This series is off to a great start. The characters are all amazing, the story is fun, and you will be in for some nice entertainment with this series. The plot while simple is charming and entertaining. You will get plenty of laughs with this series and I recommend viewing it at the end of those tough days when you need to relax.

That concludes my thoughts on New Game! What do you think of this series?  Please comment below if you have any thoughts on this series. If you enjoy my content please follow me on Facebook (Railgunfan75’s Geek Blog) and Twitter (@Railgunfan75) for news and updates. So until next time this is Railgunfan75 signing off!